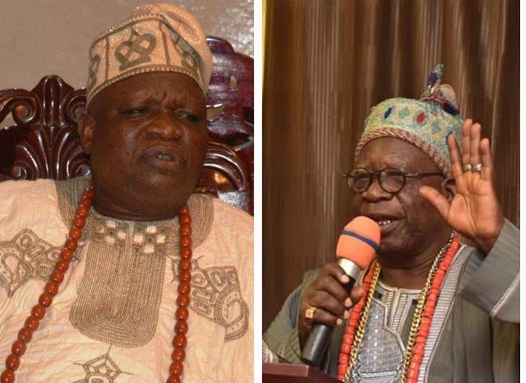 Oba Kabiru Adelaja, Osolo of Isolo, in Lagos State, has expressed worry over some Nigerians disregarding African culture, while upholding the western culture.

Adelaja in an  interview with the News Agency of Nigeria (NAN) on Friday in Lagos, said the trend was on the increase and becoming  worrisome.

“If the act continues, danger looms for the nation and the citizens in the nearest future as Nigerians gradually lose their identity in the process of embracing western culture,” he said.

According to him, it is alarming the rate at which children and the youth know absolutely nothing about the African culture.

“Majority of our children are not taught how to genuflect for the elderly. Before now, no one is permitted to look at a traditional ruler in the face but due to political powers exhibited by our leaders, they trivialise the traditional institution.

“This is bad, I want people to know that violation of African culture of respect has lots of repercussion, even in the Holy Bible and the Quran, it is written that there is sanction for disobedience.

“Before now, it was a taboo to wear shoes into the palace of a traditional ruler but now, it is the opposite we practise, we must learn to value the institution.

All religions accept the dictate of the African culture in terms of showing respect, disregarding the traditional institution will cost us a lot in the future,” he said.

The traditional ruler said that the neglect of African culture had been the cause for the increasing rate at which youths embrace all forms of social vices.

“African culture teaches more of moral values as against the western culture,” he said.

Also, Oba Olufemi Ogunleye, Towulade of Akinale, in Ogun, said, “To get things right again, African parents must re-introduce those beautiful virtues that make up the African culture in their homes.”

Ogunleye told NAN that virtues like respect for the elderly; speaking the mother tongue; upholding African names instead of the western names; and dressing decently must be consciously imbibed in homes.

“The way forward to correct our anomalies is to reintroduce those virtues of African culture through the effort of the parents, we should value and respect our African names and languages.

“Our culture is our identity as Africans, we must guard this jealously and jettison the western culture which is not meant for us, it is not our way,” he said.

Ogunleye also advised other traditional rulers not to allow religion overide their interest in upholding the African culture.

He said these were different entities which must be respected.