The Executive Secretary of the Nigeria Christian Pilgrim Commission Rev Yakubu Pam has said that the media plays agenda setting role for the society.

He made the disclosure in Abuja recently while playing host to the executive members of the Middle Belt Journalists Forum who paid him a courtesy visit in his office.

He described members of the Fourth Estate of the Realm as the conscience of the people.He further stressed that true journalism is the one that caters for the interest of the voiceless and the vulnerable.

The NCPC boss reiterated that the Middle Belt had always believed in the unity of Nigeria and are committed to it. He commended the examplary leadership of General Yakubu Gowon Rtd who had demonstrated his resolve for one indivisible Nigeria.

He gave a thump up for the media whom he described as ” dependable ally in the Nigeria project”.He urged them to be resolute and focus in their reportage.

Rev.Pam regretted that some of the ethnic groups within the Middle Belt had never helped matters so he admonished,” We should not allow religion or ethnicity to divide us’.
He assured them that the Commission would partner with the body in order to help them advance their cause. 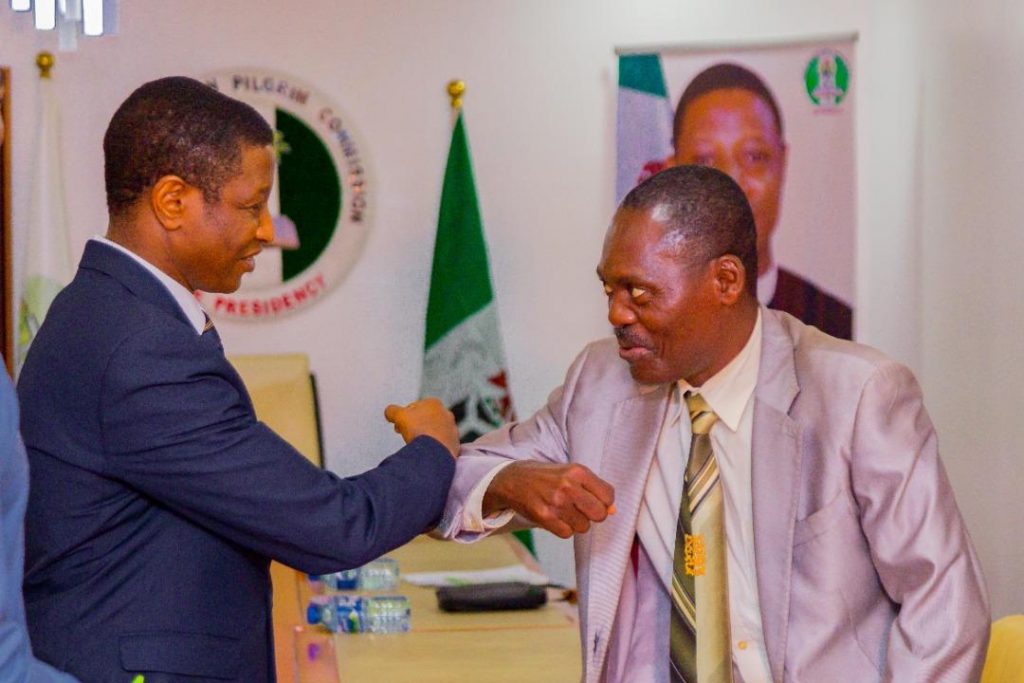 Earlier, the President of the Middle Belt Journalists Forum, Mr Jonathan Ipaa stated that they were at NCPC to show solidarity to the Executive Secretary, his management and staff.

He averred that the NCPC boss is a man with impeccable track record in the Lord,s vineyard and a man of peace.

He explained that because of his pedigree , “NCPC is more visible through stakeholders engagement and peace building”.

The President sought the prayers and support of the NCPC boss to attend their proposed maiden “Awareness Retreat Conference on the Middle Belt struggle scheduled for April,2021 in Jos.