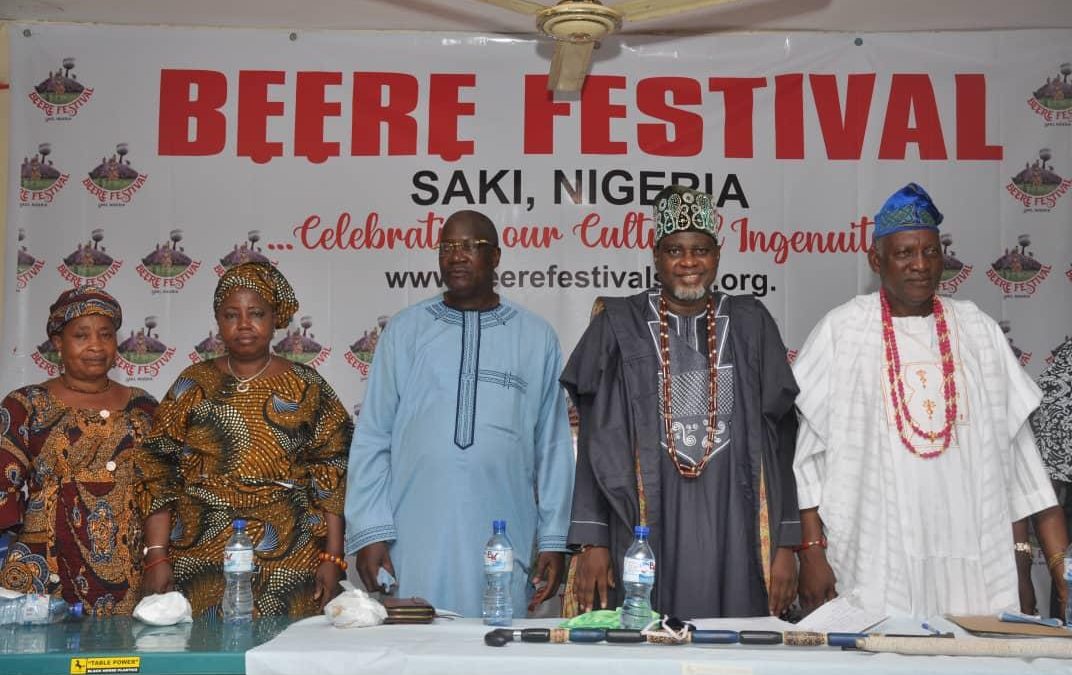 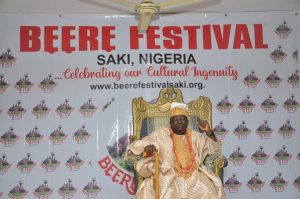 The Okere of Saki, His Majesty,Oba Khalid Oyeniyi Olabisi ilugbemidepo Oyedepo III has advised Nigerians to celebrate their cultural heritage, cautioning against embracing western values to the detriment of Nigeria’s rich culture.

The king who spoke to Press during Beere Festival Press conference on thursdayv also expressed serious concern over the effect of western cultures on Nigerians.

The monarch said “western education in Nigeria is a positive factor but then it is important also that we don’t allow western influence make us forget our own qualities as Nigerians.

“What is happening today in my own mind is that the forces of globalisation are tending to take our cultural minds away from us making us think western always.

“If we go to our various home towns and celebrate our heritage then we will have the mind of tackling, curbing crimes and insecurities through our traditional intelligence.

The king,however,urged indigenes of Saki who are home and abroad to come home to celebrate their annual Beere Festival (Odun Oko)which will begin on March 29 to April 6.

“I urge all indigenes of Saki to come home with their families so as to experience the beauty of their culture and extend the knowledge of Beere Festival to their children, “he said.

That Beere Festival or Odun Oko is a festival that is as old as the people of Saki. It is one of the major festivals that the paramount ruler has to perform annually over a nine days period.

It used to be the most important and the grandest traditional ceremony given its socio-cultural and economic importance.

Beere or Oko as it is interchangeably used is a common grass, which grows only on the plain lands used mainly for thatching houses.

The grass is considered as the most sumptuous of all materials used for covering houses in the olden days.

Although houses are no longer built with thatched roofs but the festival is a customary legacy that the people of Saki celebrate till today.

In his remarks the Chairman of Beere Festival committee and the Bagii of Sakiland, High chief Adegoke Abdur- Rasheed said the Beere festival as taken a new dimension under our King to brings out its unique celebration of our people creativity and diversity.

While High chief jimoh Olatunji Adigun the Baale sepeteri spoke on the traditional important of the festival for community cohesion and safety of the people in which the Okere will pray for his people, Oyo state and Nigeria at Large

The Alaafin of Oyo Oba Lamidi Olayiwola Adeyemi III is expected to be the Imperial Majesty of the occassion while Oba Adekunle Oyelude Makama olowu of Owu kuta is royal father of the day with Bar Ahmed Raji SAN as chairman, Her Excellency Prof (Mrs) Hamdallah Olaniyan is chairperson, Alhaji AbdulRaham Bioku as Distinguished Guest of Honour with Senator Monsurat Sunmonu as Mother-of -Day.