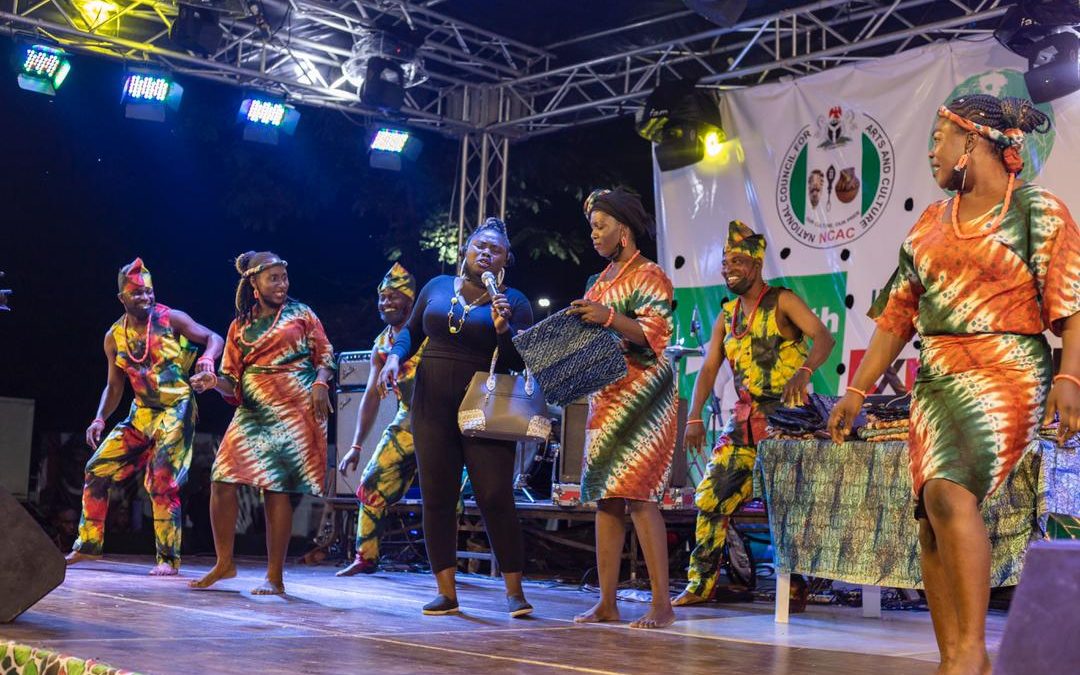 OGUN STATE contingent, put up a dazzling Cultural show of force, Thursday night in Abuja, at the ongoing International Arts and Crafts Expo, pulled all strings, showcasing its rich Ankara and Batik fabric economy, spiced with gastronomical outing of the famed Ofada Rice, to the delight of participants and invited dignitaries.

In what appeared as strategic policy effort to enthrone a sustainable Cultural tourism economy by the governor Dapo Abiodun government in Ogun state, a food court clearly set out for practical out reach to gain the endorsement and buy in of the participants, was on showcase with enough delicious culinary offerings, particularly cooked Ofada Rice garnished with pepper stew served free to participants who thronged the Sheraton hotel Abuja, venue of the expo which comes to an end on Friday.

Otunba Segun Runsewe DG National Council for Arts and Culture (NCAC), praised the leadership of governor Dapo Abiodun for his determination and passion to create a cultural tourism economy for Ogun state.

” What we saw at the Ogun state night is a clear reflection of a governor, a leader who is determined to leave the state better than he met it. And through the local Adire fabric economy, jobs are created, and an industry sustained. Governor Abiodun has even brought in the culinary offerings, a perfect hold for the Ogun people, noted for its unique Ofada Rice veriant, very healthy and good for Export.” Runsewe explained.

The NCAC boss who also doubles as President, Africa Region, World Craft Council ( WCC), reiterated the urgent need for all state governors to wake up to the reality of the power of culture in transforming dormant economies, adding that oil business is no longer in vogue but the networking and marketing of Culture and to which the six geopolitical zones of Nigeria, have in abundant diversity, not excluding gastronomic offerings.

Otunba Segun Runsewe, also commended the 12 states and Federal Capital Territory (FCT) which despite covid 19 impact on the economy, braced all odds to showcase their Cultural tourism Endowments to the world.

International Arts and Crafts Expo, comes to an epic end, Friday and at its 14th edition with the theme, networking Nigerian Arts and Crafts to the world. It is NCAC culture trade export promotion brand for Nigeria arts and crafts economy, with the world, African countries inclusive represented by their embassies here in Nigeria as major target and drivers.