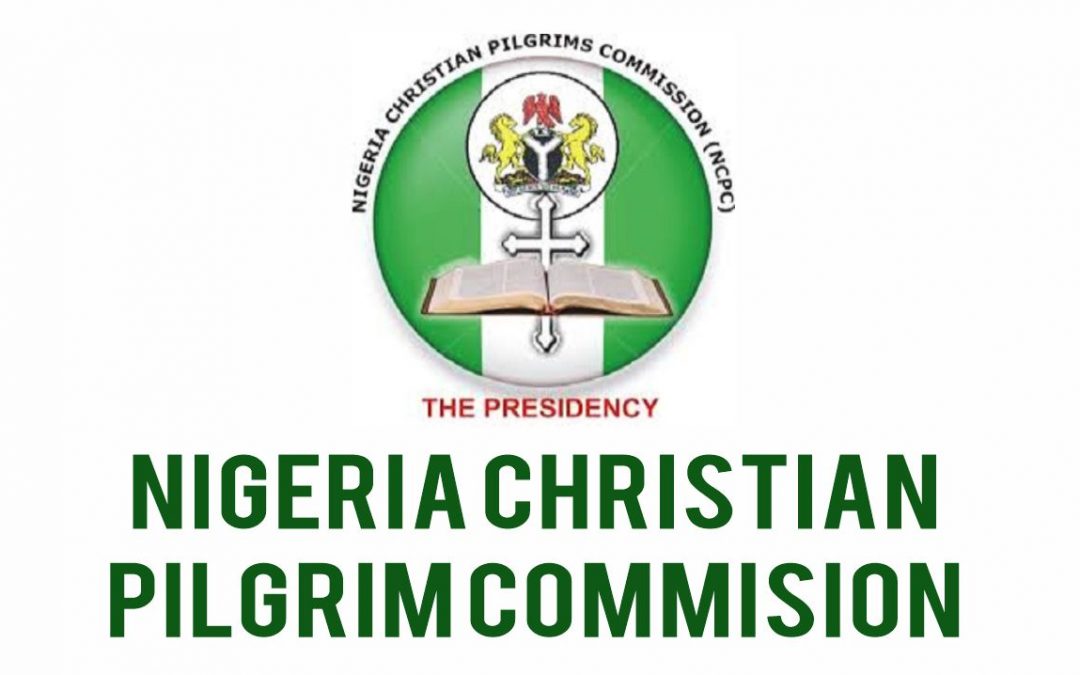 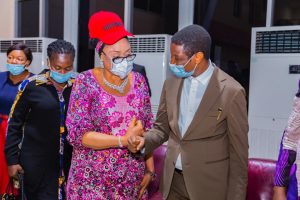 The Executive Secretary of the Nigeria Christian Pilgrim Commission Rev Yakubu Pam in a warm handshake with the Deputy Governor of Enugu State, Mrs Cecilia Ezillo during the ceremony for the take off of intending Pilgrims of Enugu, Benue and Bauchi at the Akanu Ibiam International Airport, Enugu recently.

The Executive Secretary of the Nigeria Christian Pilgrim Commission, Rev Yakubu Pam, has tasked the Governors of the South East to emulate the gestures of the Enugu State Governor, RT. Hon Ifeanyi Ugwuanyi on Pilgrimage sponsorship.
He made the disclosure on 15th August, 2021 at the Akanu Ibiam International Airport, Enugu during the airlift of intending Pilgrims of Enugu State, Bauchi,and Benue to the Kingdom of Jordan.

He commended the Executive Governor of Enugu State for being the only Governor in the region who sponsored Pilgrims to the Kingdom of Jordan in the 2020 Pilgrimage exercise.

He stressed that the Enugu State Governor must be applauded for his commitment to the spiritual well being of the people of Enugu State. He called on the church in Enugu State to indeed commend the Governor for this giant strides. He affirmed that Pilgrimage is not a tourism enterprise,but a spiritual journey.

Rev Pam explained that he was excited to inform that the batches that had travelled to Jordan and returned, the Commission recorded zero abscondment of Pilgrims which according to him ‘ is unprecedented ”

He admonished the intending Pilgrims not to disappoint their Governors who despite the global hard economic situation were able to sponsor them on this spiritual journey to the Holy Land at a time like this.His words”, do not make that mistake of absconding In Jordan”. He added,” the Pilgrims that have gone before you to Jordan have all returned to the country”.

The NCPC Chief Executive informed the intending Pilgrims that the 2020 Pilgrimage exercise to the Kingdom of Jordan is being conducted in compliance with the COVID 19 protocols.

In his address, the Executive Governor of Enugu State represented by the Deputy Governor of Enugu State, Mrs Cecilia Ezillo affirmed that it was a privilege to have the intending Pilgrims to embark on Pilgrimage to the Holy Land, He admonished them not to take it for granted.According to him,”, this is not a mean feat”.