NAFEST not a platform for industry troubles – Runsewe 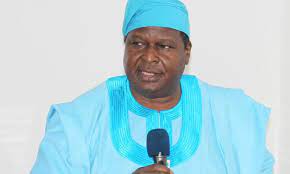 The Director General of National Council for Arts and Culture (NCAC) and Chairman, National planning Committee for the 35th edition of iconic National Festival of Arts and Culture, (NAFEST), Otunba Segun Runsewe says the cultural fiesta should not be dragged into industry misgivings as this may project the entire sector in bad light to national and international publics.

Reacting to a statement by the Federation of Tourism Associations of Nigeria, regarding its position on an event in which Nigeria – through the Ministry of Information and Culture – will be hosting a United Nations World Tourism Organisation event in Lagos this November, and allegedly adjudged by federation as having more attention from the minister more than NAFEST, Otunba Runsewe expressed shock that FTAN could seek to drag NAFEST into their misgivings.

“I never told anyone that the Minister has never attended NAFEST at any point in time.

“I should think NAFEST as a festival of National coexistence and unity should not be presented in such light. The Honourable Minister has been supportive of NAFEST all programmes of the NCAC. He was with us in the Jos, Plateau edition, stayed all through the festival and has always sent senior officers of the ministry when each event clashes with his numerous assignments for the nation,” Runsewe explained.

He further stated and advised that culture remains a critical vehicle for international diplomatic relations apart from holding the window of national cohesion, and should be distanced from certain irritations in this time in the life our nation and as World is watching how we going to keep very deep cultural diversity intact as also a tool for tourism promotion.

” I will want to advise industry practitioners to carefully understand the roles of culture as a unifer of all Nigerians. They should also be patient and circumspect in pursuing any disagreement in the industry and endeavour to purse all peaceful process to resolve them. NAFEST is for peaceful engagement and am sure all practitioners and industry leaders will take advantage of NAFEST to showcase the love for our people and our nation” Runsewe further stated.