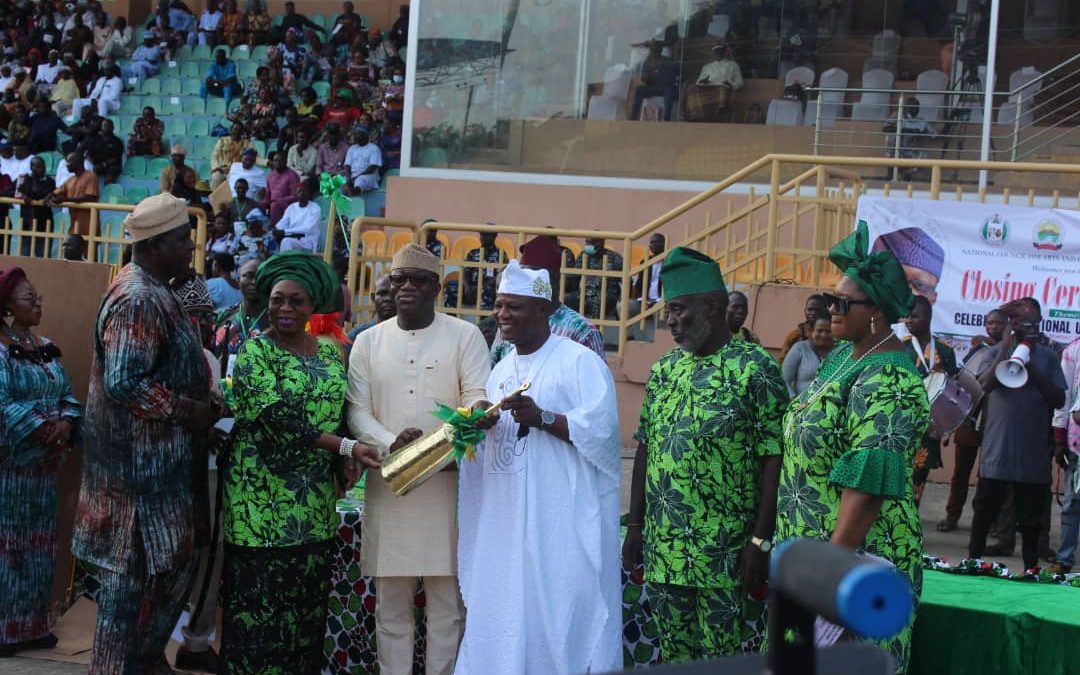 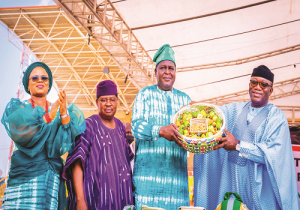 Nigerians are rightfully proud of their rich cultural traditions.So was the case when Ekiti State hosted the annual a week long  National Festival of Arts & Culture (NAFEST 2021) to celebrate the best of the country arts and culture in ancient town of Ado Ekiti.

The National Festival for Arts and Culture was established in 1970, after the end of Nigeria’s civil war, to help promote national unity. The festival coordinates, preserves, promotes and presents the very best of the country’s arts and culture.
Organised annually by the National Council for Arts & Culture (NCAC), NAFEST has grown into a worthy celebration of Nigeria’s unity in diversity. The week-long festival is hosted in turn by different states of the nation.
At this yearfestival held in Ekiti, the potency of arts and culture was again brought to the fore as a unifier at the recently concluded 34th edition of the National Festival of Arts and Culture (NAFEST) with the theme: “Celebrating National Unity in Diversity”.
At NAFEST Ekiti 2021, Nigeria’s cultural heritage reflected through various competitive and non-competitive events, including music and dance, Children’s Story Telling and Puppetry Competition; Drama Competition; Children Arts and Crafts Competition; Indigenous Fabrics Fashion Competition; Children’s Essay writing Competition; Traditional Cuisines Competition. The Non-competitive events at NAFEST 2021 included the Opening ceremony in grand style, Command performance, Round table on Entrepreneuship, Free Skills Acquisition Programme, Arts and Crafts Cultural Market; Reception of Children Participants by the wife of Ekiti State Governor, Her Excellency, Erelu Bisi Fayemi;Cultural Golf Tournament; Free Medical services, Tour of Tourism Sites like Ikogosi Warm spring and Arinta Waterfall. Exhibitions and fairs for books, herbs, food, and arts and crafts are also not left behind.
In his speech at the opening ceremony, Director General, National Council for Arts and Culture (NCAC), Otunba Olusegun Runsewe, OON commended the Executive Governor of Ekiti and the Chairman of Nigeria’s Governor’s Forum, His Excellency, Dr. Kayode John Fayemi who demonstrated uncommon political will and commitment in the hosting of the 34th edition of NAFEST. 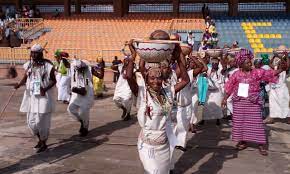 Runsewe reiterated that the 2021 theme of NAFEST was apt and timely, given the security challenges Nigeria is curently facing and the pockets of ongoing separatist agitations.
“We need to remind ourselves now and again that despite tribes or togues, religion or creed, political or cultural affiliations, Nigeria has been destined to be one nation under God”, Runsewe said.
The NCAC boss stated further “NAFEST does not only provide a platform for Nigerians from different ethic backgrounds to showcase their unique cultural manifestations, it also brings to the fore, the role of culture in national peace and harmony as well as the vast opportunity in the culture sector for job creation and economic empowerment.”
Speaking at the 4th edition of the festival opened with a colourful ceremony at the Ekiti Parapo Pavilion in Ado-Ekiti, the state capital, Ekiti State Governor Dr Kayode Fayemi said the National Arts and Culture Festival (NAFEST) is an avenue for the promotion of national peace, unity and cohesion. 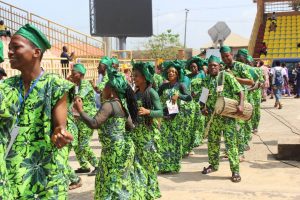 Fayemi, who acknowledged the unifying essence of culture on an ethnically diverse country, like Nigeria, said: “The state of our nation requires that efforts be intensified to revive our diverse cultures and enhance the potential of our arts to promote social and political stability.
The ceremony witnessed participating states in their traditional attires, displaying various indigenous dance steps during the match past.
Ekiti State, host of the 2021 National Festival of Arts & Culture has emerged as the overall winner of NAFEST 2021. Rivers state emerged second.
The Director General, National Council for Arts and Culture, Otunba Segun Runsewe made the declaration in Ado Ekiti at the closing ceremony of the 34th National Festival of Arts and Culture hosted by Ekiti State.
Otunba Runsewe attributed the feat attained by Ekiti State to its level of preparedness for the festival. 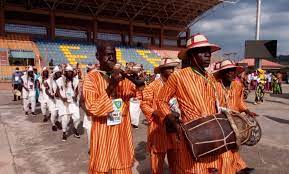