Lagos State Government, on Thursday made symbolic presentation of cheques to some beneficiaries of N1 billion seed capital approved by the State Governor, Mr. Babajide Olusola Sanwo-Olu for investment in the tourism and hospitality sector in the state to help drive new growth in that sector.

The Secretary to the State Government, SSG, Mrs. Folashade Jaji made the presentation to the beneficiaries on behalf of the State Governor at the maiden edition of Lagos Tourism, Hospitality, Arts and Culture Economic Summit, LATHACE held at Eko Hotels and Suites, Victoria Island, Lagos on Thursday.

The Governor who spoke through the SSG, at the event organised by Federation of Tourism Associations of Nigeria, FTAN, Lagos State Chapter, in collaboration with the Ministry, appreciated the organizer for partnering with the State Government in ensuring the sustenance of the tourism and recreation sector. 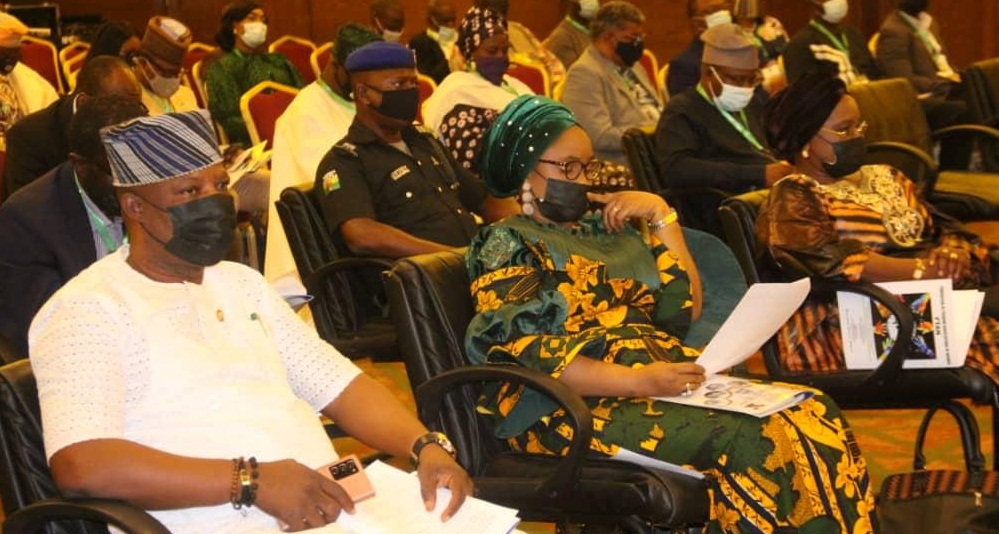 Speaking on the theme for this event “Public Private Partnership for Sustainable Growth of the Tourism, Arts and Culture Industry for a Greater Lagos”, Sanwo-Olu said that the choice of the theme attests to the importance which his administration attaches to public-private partnership.

He said that though the tourism and recreation industry in Nigeria contributes approximately 6% to the GDP, there are still opportunities for growth in the sector which could be strengthened through collaborations with the private sector to harness its full potentials.

He assured members of FTAN that the present administration will continue to leverage on meaningful partnership with the private sector towards achieving “A Greater Lagos” which he promised residents of the State.

The Governor informed that his administration has put in place policies and strategies that would enhance the opportunities available to advance the State’s tourism potentials, just as efforts are being put in place to discover more tourism sites and also bring the existing ones to international standards.

He said “the synergy between government and private sector investors and entrepreneurs will ensure a steady and sustainable growth of the tourism and recreation sector in Lagos State.

“There are opportunities available for private investors and entrepreneurs to develop tourist sites and it is my privilege to inform you that the UNESCO has certified “Sungbo Eredo” in the Epe Division as a World heritage site which can be developed to boost tourism potentials in Lagos State.”

Apart from this, the Governor also stated that plans to establish a Film City in the State is also on course, saying that the State Government has secured 100 hectares of land for this purpose with preliminary plans presently ongoing.

The Governor urged FTAN and other discussants at the event to leverage on the platform provided by the Summit to advance the tourism sector by coming up with strategies that would aid the development of Lagos State Tourism and provide a guide on how to domesticate tourism sites in the State and being them to international standard through the involvement of the private sector.

Sanwo-Olu expressed the belief that with the support of main actors in the sector, Government’s aim of making Lagos the first to be reckoned with in the area of tourism and recreation will be possible and achievable.

She stated that the presentation of cheques to the beneficiaries of the 1 billion Naira loan shows that the initiative is not only real but transparent and sincere on the part of the Ministry.

The Commissioner explained that applicants for the loan could receive as much as 30 million Naira depending on their nature of the organisation applying for the loan, adding that a Special Desk would be created in the Ministry to attend to issues pertaining to the loan.

The Lagos State Chapter Coordinator of FTAN, Mr. Gbenga Sunmonu earlier, promised that the Association will re-double its efforts to increase their contributions to the State’s GDP, create and recreate wealth through promotion of domestic tourism and creation of volunteers for different aspects of Tourism.

Sunmonu explained that the Summit which focuses on Public Private Partnership opens discussion on areas of concerns for stakeholders in the tourism sector with the intention of reviewing issues raised towards improving the ease of doing business in the State.

A lot of stakeholders in the Lagos State Tourism sector who spoke at the Summit also advocated strong public private partnership as a needed synergy that would fast track investment into the sector and aid rapid development of key tourism sites across the State.

The stakeholders comprise of Hotel owners, tour operators, tour guides, investors, FTAN among others spoke at a Summit organised by FTAN

Recall that Lagos State Governor, Mr Babajide Olusola Sanwo-Olu approved 1 billion Naira as a seed capital for revival of the sector to cushion the effect of the covid 19 pandemic on the practitioners on the tourism and hospitality industry operating in the State.