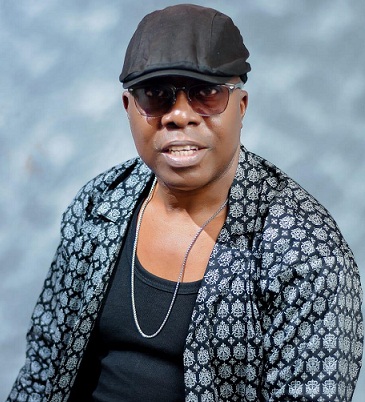 The much awaited 3 in 1 musical album of the highlife juju meastro, Taiwo Omotunde is now out on audiomack .

The first one, “Inspiration” is loaded with i gospel music and second one, “New Dimension” is a social/ current affairs while the third one, “Repertoire” is loaded with collection of his hit songs from previous albums. The 3 links to the to the triple albums
on audiomack are;
https://audiomack.com/taiwo-omotunde-1/album/inspiration

He lost his father in 1979 when he was only 13 years of age. His father was a great reverend gentleman and a teacher recorded to be the first Ekiti Methodist minister.

This loss really devastated him and in some ways deprived him of the fatherly support and guidance which he would have enjoyed from a exemplary father.

The mother however did her best in bringing up the young Taiwo in the way of the Lord. His mother was a successful trader and the immediate past Iyalode of the Methodist Church, Iwore, Ifaki – Ekiti.

He was the school organist while in the school. He worked briefly as a Store Keeper at the Methodist Girls’ High School, Ifaki – Ekiti under Mrs C. M. Chopde from 1981 to 1984. Here, he also helped in organizing the School Choir under Chief Akinyele who was the Vice Principal then.

He was very active in the St Michael’s Anglican Church where he was a chorister and a student organist under the late Chief D.O.A. Adetunmbi. He gained admission into The Polytechnic, Ibadan where he studied for the O.N.D. in Banking.

He worked briefly as an Industrial Trainee with Odua Investment Company, Ibadan and later on with the National Bank of Nigeria, Agodi, Ibadan. After completing the few months industrial training with the National Bank, he left Ibadan to join the services of the Methodist Church Nigeria as a Senior Accounts Clerk at the Methodist Church Nigeria Headquarters, Marina, Lagos at a time that His Preeminence Sunday Mbang was the Prelate and Rt Rev. Omodunmbi was the Secretary of Conference.

He left the job in December 1989 to rejoin the National Bank as a full fledge staff. He was posted to Ede, Osun State. He resigned his appointment with the National Bank in 1992. He worked briefly as Finance Executive with Classman Business Bureau as the head of the Finance House and Bureau de Change until 1993 when he finally opted out of ‘salaried job’ to become a professional musician.

It was at this point that he returned to the Polytechnic for his Higher National Diploma. He formed the Eternal Beats (a musical organization) in 1993.

He had formed the TATOO Divine Beats earlier in 1987 with four other friends. He is presently the Chairman of Eternal Entertainment Company and he is an accomplished musician. He has about 15 musical albums to his credit.

He married Olukemi Afolake nee Oshin in 1994 and they are blessed with Olumayowa, Atinuke and Toluleke.Since 1986 when he joined the Methodist Church, Bodija , Ibadan, he had continued to tow the path of the truth; the path of the new and living way; the path of the faith of Christ Jesus.

Concerning services to the Lord in the vineyard, Taiye ( as he is fondly called by relatives) had been an Organist in the Church since 1986.

He is presently the Choirmaster. For many years, he had been doing this without collecting any salary. He became a fully accredited Lay Preacher of the Methodist Church Nigeria in July, 2001.

He was President of the MCN Bodija unit of the YMCA (Young Men Christian Association) from 2016 to 2018.Taiwo Omotunde is a gifted musician, choirmaster, preacher, businessman, songwriter, producer.