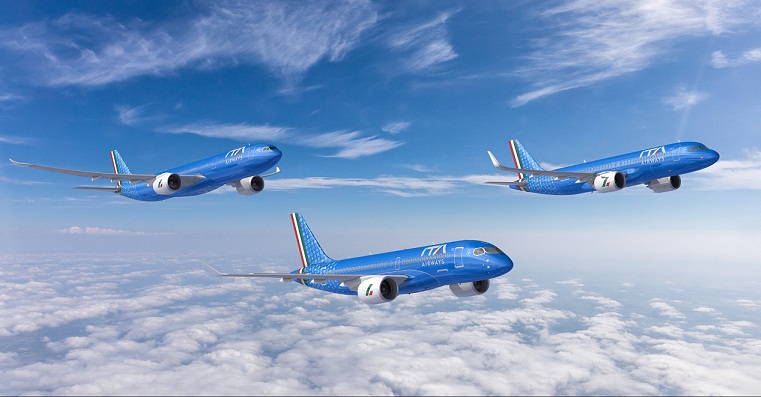 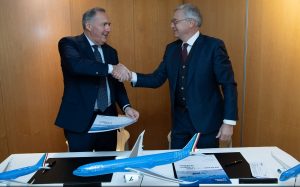 ITA Airways, Italy’s new national carrier, has firmed up an order with Airbus for 28 aircraft, including seven A220s, 11 A320neos and 10 A330neos, the latest version of the most popular A330 widebody airliner. The order confirms the Memorandum of Understanding announced on 30th September 2021. In addition, the airline will pursue its plans to lease A350s to complement its fleet modernisation.

“Today the strategic partnership with Airbus takes an important step forward with the finalisation of the order we announced last September. In addition to this agreement, possibilities for further collaboration have emerged, in particular regarding technological developments in the aviation sector and digitalisation, where Airbus is the market leader. All this is part of the actions to achieve our environmental sustainability objectives, ” said Alfredo Altavilla, Executive President of ITA Airways.

“We are very proud to partner with ITA Airways in building its long-term future with the most efficient, latest technology Airbus aircraft. This agreement supports ITA Airways business objectives to develop its network in Europe and internationally in the most sustainable way,” said Christian Scherer, Airbus Chief Commercial Officer and Head of Airbus International.

These new Airbus aircraft will expand the initial ITA Airways fleet with a new generation aircraft with better environmental performance, equipped with latest technologies and state-of-the-art cabins to guarantee maximum operational efficiencies for the airline and the best comfort to travelers.

The A220 is the only aircraft purpose-built for the 100-150 seat market and brings together state-of-the-art aerodynamics, advanced materials and Pratt & Whitney’s latest-generation geared turbofan engines. With a range of up to 3,450 nm (6,390 km), the A220 gives airlines added operational flexibility. The A220 delivers up to 25% lower fuel burn and CO2 emissions per seat compared to previous generation aircraft, and 50% lower NOx emissions than industry standards. In addition, the aircraft noise footprint is reduced by 50% compared to previous generation aircraft – making the A220 a good neighbour around airports.

The A320neo Family is the most successful aircraft family ever and displays 99,7% operational reliability rate. The A320neo provides operators with 20% reduction in fuel consumption and CO2 emissions – The A320neo Family incorporates the latest technologies including new generation engines and Sharklet wing tip devices . The Airbus’ A320neo Family offers unmatched comfort in all classes and Airbus’ 18-inch wide seats in economy as standard.

The Airbus A330neo is a true new-generation aircraft, building on features popular for the A330 Family and developed for the latest technology A350. Equipped with a compelling Airspace cabin, the A330neo offers a unique passenger experience with the latest-generation in-flight entertainment systems and connectivity. Powered by the latest Rolls-Royce Trent 7000 engines, and featuring a new wing with increased span and A350-inspired winglets, the A330neo also provides an unprecedented level of efficiency – with 25% lower fuel-burn per seat than previous-generation competitors. Thanks to its tailored mid-sized capaci ty and its excellent range versatility, the A330neo is considered the ideal aircraft to support operators in their post-COVID-19 recovery.