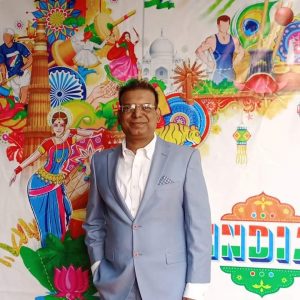 The Overseas Friends of Bharatiya Janata Party (OFBJP), on Wednesday called for fortified collaborations between Nigeria and India for economic growth.

The News Agency of Nigeria (NAN) reports that OFBJP is a non-governmental organisation involved in community development in Nigeria and promoting Indians’ common cause.

Srivastava said that Nigerians and Indians should work with the consciousness that the two countries had a lot in common as they were both colonised by the British.

He urged citizens from both countries to work unanimously, explore their mineral resources, cultural, and agricultural potentials for economic gains for the two countries.

He noted that the two countries had enjoyed some bilateral relations and cultural collaborations over the years, but this needed to be fortified further.

“Nigerians and Indians need to understand that they have a lot in common, we came from the same background, been exploited in the past by the British.

“It is time to work together in unity. The two nations had been blessed with good agricultural products and mineral resources, and we need to take our collaborations to the next level.

“There are some similarities among Nigerians and Indians through the love of colours, fashion, music, and arts. These similarities should be taken advantage of by the two countries,” he said.