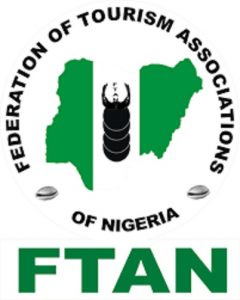 The Chairman Board of Trustees, FTAN, Chief Samuel Alabi in his remark said late Alhaji Rabo was a champion of the travel and tourism industry in Nigeria. His death therefore constitutes a great loss not just to his immediate family but the tourism sector and entire Nigeria.

“This prayers and testimonies in his honour is a way to be consoled by his remarkable achievements and contributions to the growth of travel and tourism industry in Nigeria. It will be said that he did his best and made a positive impact”, Alabi said.

The acting president, FTAN, Mr, Nkereuwem Onung described Alhaji Rabo as an humble personality that will forever live in the hearts of all. He stated further “Alhaji Rabo was an inspiring figure in the tourism industry, always very supportive and a man of action who redefined tourism with his creative ideas”

The Honourable Minister of Information and Culture, Alhaji Lai Mohammed represented by the Deputy Director, Domestic Tourism, Hajia Sanni Halima Sodengi in his speech said late Alhaji Saleh Rabo was a seasoned practitioner, an ardent promoter of tourism who contributed immensely to the growth and development of tourism in Nigeria.

The minister disclosed further that Rabo was a strong advocate and driver of private sector participation in synergy with the public sector. His numerous and invaluable contribution to the Nigeria tourism sector cannot be overemphasized. 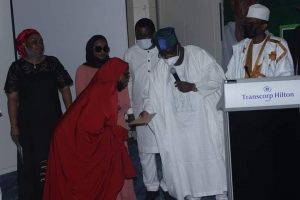 Speaking at the event, the Director General, National Council for Arts and Culture (NCAC), Otunba Olusegun Runsewe said Alhaji Saleh Rabo was a great man whose intellectual style in the leadership of FTAN brought remarkable improvement in the visibility of the association.

The former Deputy Senate President, Senator Ibrahim Mantu CFR said Alhaji Rabo was an hardworking tourism practitioner who set an enviable standard in his time and a peace builder who also played a significant role in stabilizing the tourism sector.

The representative of the Plateau State Government, General Manager/CEO, Plateau State Tourism Corporation, Madam Salome Audu Wani Bidda said the state has lost a great pillar in the tourism sector. She disclosed that late Alhaji Rabo never disappointed whenever he was invited for any tourism related programs in the state. “His valuable advices and guidance that helped the state tourism development will be greatly missed”, Bidda said.

The FTAN BOT Chairman, Chief Samuel Alabi presented a cheque to the widow, Hajia Nafisa Saleh-Rabo on behalf of the association.