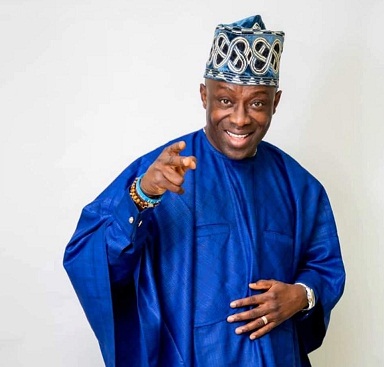 Veteran fuji musician, Adewale Ayuba, has urged Nigerians to imbibe the virtue of love for one another and express it across ethnic divides.

Ayuba said this while speaking with our reporter on telephone, on Tuesday.

He congratulated Nigerians on the 62nd independence anniversary of the nation. Ayuba noted that this was the time every Nigerian devoid of religious, ethnic and political inclinations should come together and confront the challenges in the country.

“It is only through love that our leaders will be able to desist from that negative behaviour of financial embezzlement and all forms of corruption.

“A leader that loves his subjects will not be selfish toward those subjects, this is what is displayed by international leaders, due to the love they have for their people, they make sure they continue to boost their economy.

“This should be imitated by our leaders so that the nation can experience evident growth,” he said. The “Bonsue” fuji crooner also urged religious leaders to dwell more on sermons about love.
According to him, promoting love during sermons will lead to peaceful and harmonious co-existence in the nation.

He said the subject matter of love was quite germane as he had taken it upon himself to emphasise this in his recent music singles, Koloba Koloba” and “Sibi Mi”.

On the growth of the entertainment industry, he said that the industry was not doing well in encouraging the growth of live shows and musical concerts.

He attributed this to the state of insecurity in the country.
According to him, musicians now rely on generating funds through online streaming platforms.

He added that royalties from record sales had also reduced drastically. He, however, called on music promoters in Nigeria to ensure concerts and live shows were revived in earnest to further improve on the growth of the industry.

He noted that without such revival, the nation would continue losing significant revenue to streaming platforms.

“As Musicians, we get our money from concerts, live shows and during occasions like birthdays, child christening, house warmings and burials but because of security problems, Nigerians have minimised these celebrations.

“Government needs to work on the problem of insecurity to make things better in the entertainment space,” he said.