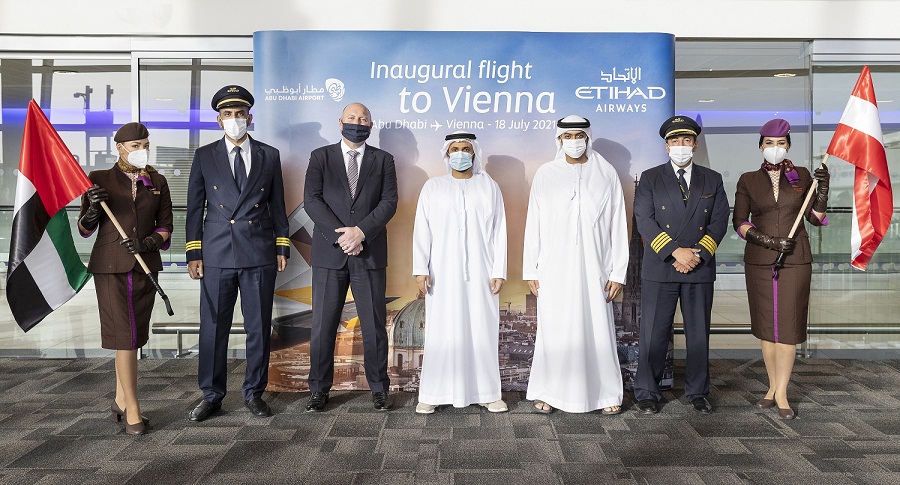 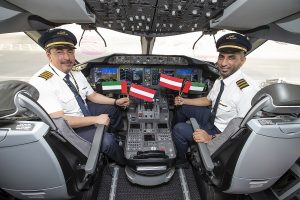 Etihad Airways, the national airline of the United Arab Emirates, today launched its inaugural flight to Vienna, the City of Music, the first of a new twice-weekly service between Abu Dhabi and the Austrian capital.

Flight EY147 departed Abu Dhabi International Airport at 7.30am and is expected to land in Vienna Airport at approximately 11.20am today, where it will be welcomed by a traditional water cannon salute.

The new service will be operated on Thursdays and Sundays using a state-of-the-art Boeing 787-9 Dreamliner aircraft, offering 28 seats in Business and 262 seats in Economy, entertainment systems, in-seat power, and in-flight Wi-Fi connectivity.

Tony Douglas, Group Chief Executive Officer at Etihad, said: “After successfully launching Mykonos, Santorini and Malaga earlier in July, we’re delighted to now introduce flights to Vienna. The 65th passenger destination to be added to Etihad’s growing network, we are confident that its timeless imperial grandeur and vibrant cultural scene will appeal to many travellers.”

Julian Jäger, Joint CEO and COO of Vienna Airport, said: “We welcome Etihad as a new airline to Vienna Airport. Etihad is a strong carrier with a far-reaching route network, and we are delighted with its decision to launch regular scheduled flights to Vienna. The United Arab Emirates in particular is an important market for Austrian tourism, and the new flight connection is a good sign that things are slowly picking up again.”

Known for its baroque architecture, coffee-house culture and rich musical legacy, Vienna is a five hours and 50 minutes flight from Abu Dhabi.

Travellers from the UAE who have received all vaccination doses for full immunisation at least 14 days before arrival, including Sinopharm and Pfizer, currently do not have to quarantine in Austria or Abu Dhabi, where Austria is on the green list.

All of the pilots and cabin crew on the flight to Vienna were vaccinated against COVID-19. Etihad was the first airline in the world to have 100% of all operating flight crew vaccinated against the coronavirus and the first to require 100% of passengers to present a negative PCR test before departure.

Like every Etihad flight, the Vienna service had specially-trained Wellness Ambassadors on board as part of a comprehensive programme of initiatives that is designed to ensure passenger wellbeing at every stage of the journey.