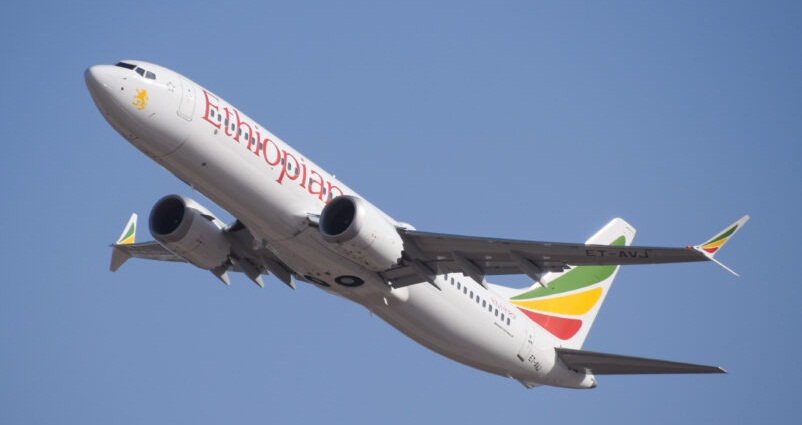 Ethiopian Airlines, Africa’s largest and the leading Aviation Group, has returned its Boeing 737 MAX back to the skies today with the airline’s Board Chairman and Executives, Boeing Executives, Ministers, Ambassadors, government officials, journalists and customers onboard the first flight.

Commenting on the return of the Boeing 737 MAX to service, Ethiopian Group CEO Tewolde GebreMariam said, “Safety is the topmost priority at Ethiopian Airlines, and it guides every decision we make and all actions we take. It is in line with this guiding principle that we are now returning the Boeing 737 MAX to service not only after the recertification by the FAA (Federal Aviation Administration), EASA of Europe, Transport Canada, CAAC, ECAA and other regulatory bodies but also after the fleet type’s return to service by 36 airlines around the world. In line with our initially stated commitment to become among the last airlines to return the B737 MAX, we have taken enough time to monitor the design modification work and the more than 20 months of rigorous recertification process, and we have ensured that our pilots, engineers, aircraft technicians and cabin crew are confident on the safety of the fleet. The airline’s confidence is further showcased by flying the top executives and the board chairman and other top government officials on the first flight.”

The Boeing 737 MAX has accumulated more than 349,000 commercial flights and close to 900,000 total flight hours since the resumption of its operation a year ago. Ethiopian Airlines always follows rigorous and comprehensive processes to ensure that every plane in the sky is safe. The airline always prioritizes passengers’ safety and is confident that its customers will enjoy the onboard safety and comfort that it has been known for.

Ethiopian Airlines has four B737 MAX in its fleet and 25 on order, some of which it will take delivery of in 2022.