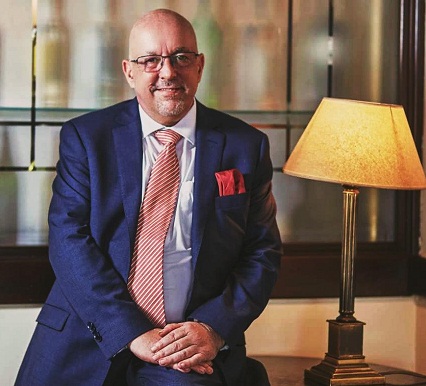 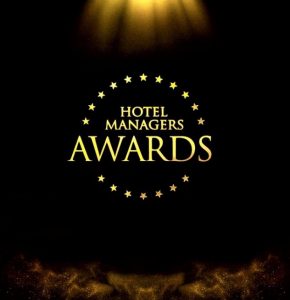 Dr. Michael Pinder, General Manager of Ogeyi Place Hotel, Port Harcourt in Rivers State has been announced as the maiden recipient of the prestigious Icon of Hospitality Nigeria Award.

“It is specifically conferred on individuals and organizations whose work in the hotel and hospitality business in Nigeria have greatly impacted the industry and contributed to national development”, Sunday stated further.

“This award is conferred on Dr. Michael Pinder based on his Outstanding Hotel Management records over the years through his tireless efforts in the Nigerian Hotel and Hospitality space; sustaining international standards, maintaining excellence in hotels he managed and projects executed”.

His turnover of underperforming hotels to successful brands coupled with human capacity development through training, mentorship and introducing innovative ideas for motivation of workforce within the industry.

“Hence, the Chairman, Board and award Committee members of the Hotel Managers Conference and Awards approved for the conferment of the ICON OF HOSPITALITY NIGERIA award to him”, Sunday concluded

Dr. Michael Pinder is a highly accomplished and performance-driven General Manager of Ogeyi Place Hotel Port Harcourt, the oil-rich  Rivers State. Port Harcourt is one of the fast developing metropolis in the cool Southern part of Nigeria!

Dr. Pinder, in his own words is, ‘a pure Englishman from London!’ He has a PhD in Human Resources Management with a litany of several academic qualifications.

Still, in spite of his academic qualifications, Dr. Pinder has always maintained that ‘it is experience not qualifications that makes an hotelier.’

In three decades of operating at management levels, Dr. Pinder has proved himself as an adept in hotel business Management, consultancy, project management and operations, training and staff development having operated in about 11 hotels in 4 continents of the world.

Having worked in the industry for few years, Dr. Pinder started out his career in hotel Management levels in 1994 at St. Pierre Hotel as the Food and Beverage Manager.

In 1995, he took a short break from hospitality business and went into the academia. Hence between 1995 and 2003, Dr. Pinder engaged in more academics and was into lecturing in Australia.

Returning to his calling and passion, he had progressive and quick rise in hotel management as he became the General Manager of Stansted Hotel, a 70 rooms hotel.

A year later in 2005, he was courted and employed by the Peacock Hotel following the exploits and transformations he brought to the previous hotel he worked. From there he moved to Crescent Beach Hotel as General Manager, a 4 Star rated 262 bedroom hotel in Azerbaijan.

And from there, he moved into Africa as he became a Consultant for Protea Hotels, Kuramo Waters, in Victoria Island, Lagos, Nigeria.

In 2010, he moved to become the Consultant and General Manager for Best Western Premier Hotel.

He was previously a member of the Senior Management Team (reporting directly to the Group Managing Director, Slok Group) with key accountability for the performance of Sun Heaven Hotels and Resort, including Group Finance Function, Operations Managers, HOD and 160 employees spanning 5 hotels.

While at the Lekki Sun Heaven Hotels, his accomplishments include increased occupancy levels  to 92% and Victoria Island Hotel to 70% occupancy during a very challenging economic climate that included a recession and a weak currency, which stopped overseas clients visiting Nigeria.

The hotel achieved a 4 star international brand award under his watch.

In his words, ‘I am Proud to be the General Manager of Ogeyi Place Hotels Port Harcourt.

This is a 5 Star rated International standard hotel with 87 newly soft refurbished rooms. I’m proud to say that the staff and management offer nothing more than exceptional service and quality.

Dr. Michael Pinder is sought after as a key Speaker for a number of hospitality seminars held throughout Nigeria. He is married with seven children and two grandchildren.