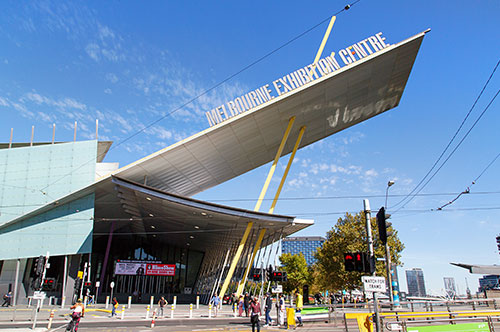 Two of Victoria’s most influential leaders in the events and creative sectors have been appointed to the Trust that manages the Melbourne Convention and Exhibition Centre (MCEC), Peter Jones AM and Virginia Lovett.

Minister for Tourism, Sport, Major Events, Steve Dimopoulos announced the appointments, noting the expertise of both new trustees will further bolster the already considerable experience of the Trust.

Mr Jones is one of Australia’s leading event producers, having more than 30 years’ experience delivering major events across the country.

He is Managing Director of Peter Jones Special Events and has been recognised with accolades for his service to the visitor economy, including being appointed a Member of the Order of Australia, a Lord Mayor’s Commendation and a Lifetime Achievement Award at the Australian Event Awards.

Ms Lovett is the Executive Director & Co CEO of the Melbourne Theatre Company, President of Arts Projects Australia, member of the City of Melbourne’s Night Time Advisory Committee, an Executive Councillor for Live Performance Australia and was awarded a Churchill Fellowship in 2006.

She is a highly regarded leader in the cultural space, having previously led the Melbourne International Comedy Festival as well as holding senior marketing, communication and audience development positions across Zoos Victoria, Sydney Festival, the Art Gallery of New South Wales and Sydney Theatre Company.

Ms Lovett’s and Mr Jones’ appointments fill two vacant positions, following the departures of Marie Jackson and Sandra Anderson from the Trust, who have completed their terms following outstanding contributions over the course of their tenures.

“The Melbourne Convention and Exhibition Centre is a key part of Victoria’s major and business events sector. Peter and Virginia will enhance the Trust and ensure the venue continues to thrive well into the future.

“Along with the Geelong Convention and Exhibition Centre opening in 2026, I can’t wait to see what the Trust achieves in the next few years.”

“Peter and Virginia bring a wealth of invaluable experience to the Trust that will be of benefit not just to Melbourne’s reputation as a world-leading events destination, but also Victoria’s more broadly as we shift our focus with Geelong on the horizon.”

“I’d also like to extend my personal thanks to Marie and Sandra for their outstanding contributions over the course of their term on the Trust.”