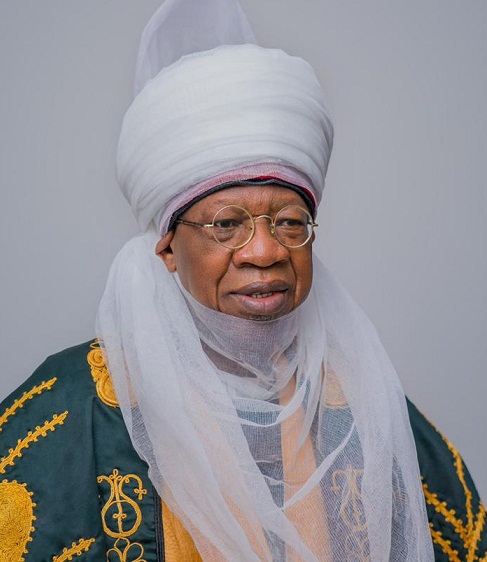 Preparations have reached advanced stage for the investiture and turbanning of the Hon Minister of Information and Culture, Alhaji Lai Mohammed, the traditional title of ‘Kakakin Kebbi’ (Ambassador of Kebbi Culture in Nigeria and Beyond) by the Emir of Argungu, Alhaji Mohammed Sama’ila Mera at an elaborate event in Argungu on Saturday, 25th September, 2021.

A statement from the Kebbi Emirate Council stated that the decision to bestow the traditional title of the Kakakin Kebbi on Alhaji Lai Mohammed was reached at the Council’s meeting based on the recognition of the efforts of the Minister in projecting the cultural heritage of the diverse people of Nigeria to the World and create jobs, income and positive awareness for the youths through festivals, arts and cultural exhibitions.

The statement further noted that the Emirate Council equally observed with great admiration the loyalty and selfless service of Alhaji Lai Mohammed in the discharge of the responsibilities of his office which has positively projected the general image of the country to the world as well as the cultural contents of the country’s diversity and in particular, the Argungu Fishing and Cultural Festival that earned it global recognition and was thus admitted into the UNESCO list of intangible festivals and humanity in 2016 during the tenure of Alhaji Lai Mohammed as Minister.

It would be recalled that in March last year, the Emir of Argungu, Alhaji Mohammed Sama’ila Mera had, during the International Press Conference in Abuja to herald the staging of the 6oth edition of the Argungu Fishing and Cultural Festival, announced the conferment of the traditional title of ‘Kakakin Kebbi’ on the Information Minister in recognition of his passion and commitment to the hosting of the festival in 2020 after 10 years of its suspension.

The Emir, Alhaji Sama’ila Mera who used the occasion to decorate the Minister, Alhaji Lai Mohammed and handed him the sword as a symbol of authority as a traditional title holder in the Kebbi Emirate Council, said the investiture will hold at the convenience of the Minister at an elaborate ceremony to be performed in Argungu, Kebbi state.

In his response at the occasion, Alhaji Lai Mohammed had thanked the Emirate for the honour bestowed on him which he least expected, noting that the recognition will spur him to do more in the service of the country and the Kebbi emirate in particular.

He said his ministry attaches great importance to the annual Argungu Fishing and Cultural Festival like many other cultural festivals and events nationwide and that the ministry will include it in the national calendar of festivals as well as continue to ensure the regular hosting of the festival annually.

The investiture of the Minister as the Kakakin Kebbi in September is part of the activities lined up for the celebration of this year’s World Tourism Day to be hosted by Kebbi State on Monday 27th September, 2021 amongst other tourism and cultural side attractions during the celebration which promises to be entertaining, educative and leisure fulfilling.