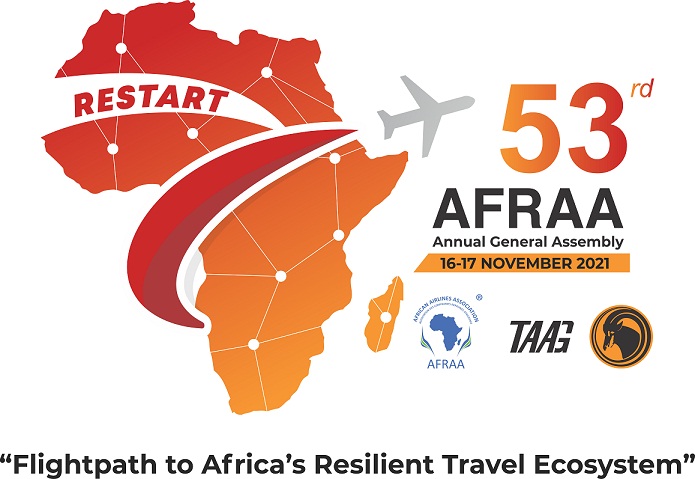 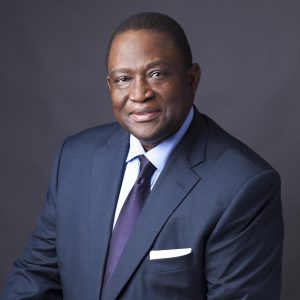 Air transport leaders and decision makers set a roadmap for transformation and the economic development of air transport in Africa at the 53rd AFRAA Annual General Assembly & Summit that has concluded today. The event was held under the patronage of the Government of Angola under the theme: “Flightpath to Africa’s resilient travel ecosystem.”

The AFRAA AGA is the premier gathering of African airline CEOs and high level aviation executives in Africa and across the globe. This year’s event was hosted by TAAG Angola Airlines in virtual format. The Assembly brought together over 400 delegates from 51 nationalities across the globe comprising of decision-makers and aviation leaders. International and regional air transport associations including the African union, IATA, ICAO, AFCAC, ALTA were also represented at the event.

The Chief Guest, Honorable Ricardo de Abreu, the Transport Minister of the Republic of Angola in his opening speech remarked: “This AGA is the perfect occasion to address the future of African Aviation and enhance stakeholders’ commitment to enable the multitude of benefits to be experienced across all sectors of our economies. Failure is not an option, together we will succeed. He highlighted various ongoing measures and initiatives by the Angolan Government to improve the aviation sector and develop Luanda into an efficient hub.”

Mr. Abdérahmane Berthé, AFRAA’s Secretary General, stated: “This year’s Assembly provides an opportunity to rethink our industry and develop a resilient and sustainable perspective for the airline industry. AFRAA will keep by our mission to promote and serve African airlines and champion Africa’s aviation industry – Better Skies for Africa – remains the pillar of all our actions.”

AFRAA 2021 President, Mr. Rui Carreira in his remarks stated: “This AGA presents a unique forum for airlines and stakeholders to discuss, share ideas and explore solutions that can be implemented to rapidly restore the airline industry. African airlines should utilize this opportunity to emerge stronger and more resilient out of the crisis to face the challenges of the industry. Cooperation and collaboration among African airlines through initiatives such as network coordination and joint cost containment are among the initiatives that will enable airlines rapidly overcome the impacts of the pandemic.”

An in-depth analysis of the industry’s outlook made during the Assembly indicated that there are positive trends of airlines into recovery, noting that African airlines had reopened 81.3% of their international routes in October 2021 and recovery in Africa & Middle East has been smoother and steadier than in Europe and Asia. However, the sub-regional growth in Africa is varied and driven by different market dynamics.

The analysis further revealed that African airlines have been growing regional fleet since 2020, allowing a deeper market penetration and a better feed. African cargo capacity grew by 33% since 2019 and cargo load factors improved by 9% from pre-pandemic levels. The dawn of recovery is critical time to redefine strategic plans for the next five years

The Assembly concluded with the adoption of three (3) industry resolutions to advance the cause of African aviation:

Recognizing that safe reopening of borders in a harmonized manner is critical for the efficient restart of African aviation, the Assembly urged African governments to remove border restrictions and open their markets to restart the industry with support from Industry Restart Plan Standards and guidance documentation. The Assembly further called upon African governments to accelerate the rapid roll out of vaccines across the continent and embrace the use of digital technology health platforms to facilitate the restart of economies and air transport.

Recognizing the importance of financial support for the recovery of the air transport industry, the Assembly called upon African governments to extend the much-needed financial support and relief to African airlines and the African aviation industry at large.

Recognizing the importance of addressing the sustainability and competitiveness of Africa’s air transport, the Assembly called for a laboratory convening all relevant stakeholders as a transformation opportunity for the economic development of air transport in Africa. AFRAA Secretariat in coordination with the African Union Commission (AUC), The African Civil Aviation Commission (AFCAC), and the African Aviation Industry Group (AAIG) shall convene the LAB by the end of March 2022.

Air Senegal will host the 54th Annual General Assembly set to be held in November, 2022 in Dakar – Senegal.