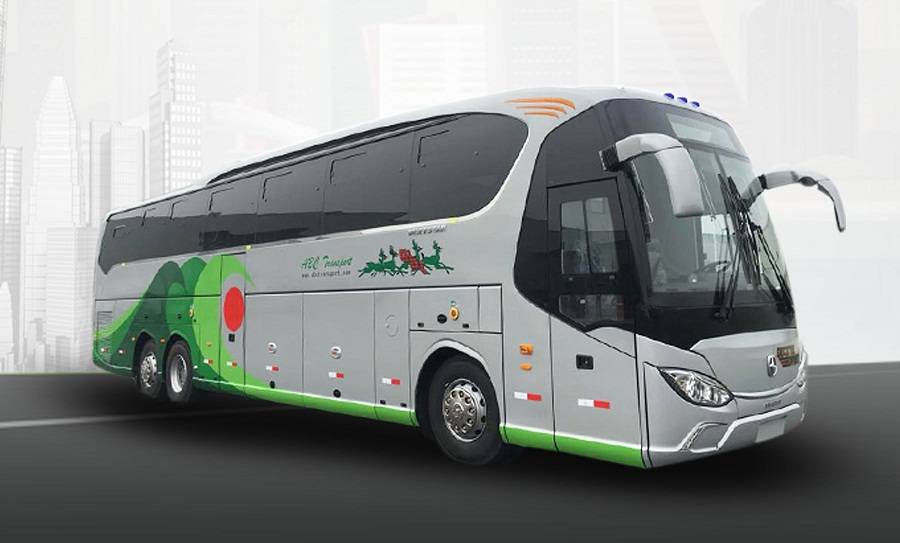 Nigeria’s foremost road transport company, ABC Transport PLC, has resumed operations along the West Coast of Africa with regular trips from Lagos to Accra, and vice versa following the recent re-opening of land borders by the Federal Government of Nigeria.

The trip which takes ABC Transport vehicles through, Cotonou and Togo, have been attracting passengers who are excited that the way is open again to travel in comfort to their various destinations on the West Coast.

Reacting to the re-opening of the land borders, the Group Head, Innovation, Strategy and Marketing, Victor Nneji, remarked that the recommencement of operations has brought a huge relief to both ABC Transport and its teaming customers on the vital route across the West African countries.

He recalled that it has been years of suspense since the border closure and the lockdown triggered by the COVID-19 pandemic in early 2020 – which truncated the free movement across Economic Community of West African States [ECOWAS] countries, especially along the West Coast region which include: Nigeria, Benin, Togo and Ghana.

“The most popular destinations along this route are Cotonou in Benin Republic and, of course, Accra in Ghana, which you can choose to fly, go by public transport or even drive yourself to.

After the pandemic and when the lock-down was lifted in the late 2020, we saw a return of the airlines on the Lagos- Accra routes, but the land borders remained closed officially to travellers and business individuals who wanted to go as they did before the pandemic.

ABC Transport Plc, a house hold name and Nigeria’s most diversified transportation and logistics company, was a pioneer on this route, having commenced operations back in 2004, and has continued to be a leader which delivers the best service across the land borders. As a full-fledged road transportation company, ABC Transport Plc targets commuters of various classes.

Specifically, it targets passengers traveling to and from major Nigerian cities, such as Lagos, Abuja, Port Harcourt and Owerri, in addition to connecting commuters to major ECOWAS of Ghana, Togo and Benin Republic.

Nneji stated that in line with its mantra of catering for the masses and amid soaring inflations, ABC Transport has ensured that the fare is moderate and affordable with accompanying luggage of 10kg on board its own luxury Setrac Sprinter mini buses.

The 14-seater Setrac buses, according to him, are professionally managed by well-trained drivers, as well as crew members to make the long distanced travel enjoyable and memorable. Setrac brand of buses, it was learnt, are assembled by Transit Support Services LTD – the vehicle-producing sister company to ABC Transport.

At both Jibowu [Lagos] and Accra [Ghana] terminals, the buses are scheduled to take off daily by 6:30 am prompt, to enable the distinguished drivers safely cover the long distance in good time.

In line with Federal Government international travel requirements and in view of the need for proper identification, all passengers travelling to West Coast are advised by ABC Transport to have a valid ID [identification] card or international passport, yellow card, as well as the vaccination card, in order to ensure safe travels. (Credit: African Travel Times)